Could we be entering an AI-powered arms race in cyberwarfare?

Soon to be obsolete?

Much has been made about the possibility of AI-powered autonomous weapons becoming a factor in conventional warfare in the coming years.  But in the sphere of cyber-warfare, AI is already starting to play a major role, as laid out in an article in this week’s Christian Science Monitor.

Many nations–most notably Russia and China–already employ armies of hackers to conduct operations in the cybersphere against other countries.  The US Department of Defense’s response might be a harbinger of things to come:

With the contest, DARPA is aiming to find new ways to quickly identify and eliminate software flaws that can be exploited by hackers, says DARPA program manager Mike Walker.

“We want to build autonomous systems that can arrive at their own insights, do their own analysis, make their own risk equity decisions of when to patch and how to manage that process,” said Walker.

The fear with AWSs is that it might make human military decisionmaking obsolete, with human commanders unable to intervene quickly enough to meaningfully affect combat operations between AWSs.

The cyberwarfare arena might be a testing ground for that “AI arms race” theory.  If state-backed hackers respond to AI-powered cybersecurity systems by developing new AI-powered hacking technologies, what happens next might prove an ominous preview of what could happen someday in the world of physical warfare.

Digital Analogues (Part 3): If AI systems can be “persons,” what rights should they have?

The last segment in this series noted that corporations came into existence and were granted certain rights because society believed it would be economically and socially beneficial to do so.  There has, of course, been much push-back on that front.  Many people both inside and outside of the legal world ask if we have given corporations too many rights and treat them a little too much like people.  So what rights and responsibilities should we grant to AI systems if we decide to treat them as legal “persons” in some sense?

Uniquely in this series, this post will provide more questions than answers.  This is in part because the concept of “corporate personhood” has proven to be so malleable over the years.  Even though corporations are the oldest example of artificial “persons” in the legal world, we still have not decided with any firmness what rights and responsibilities a corporation should have.  Really, I can think of only one ground rule for legal “personhood”: “personhood” in a legal sense requires, at a minimum, the right to sue and the ability to be sued.  Beyond that, the meaning of “personhood” has proven to be pretty flexible.  That means that for the most part, we should be able decide the rights and responsibilities included within the concept of AI personhood on a right-by-right and responsibility-by-responsibility basis.

END_OF_DOCUMENT_TOKEN_TO_BE_REPLACED 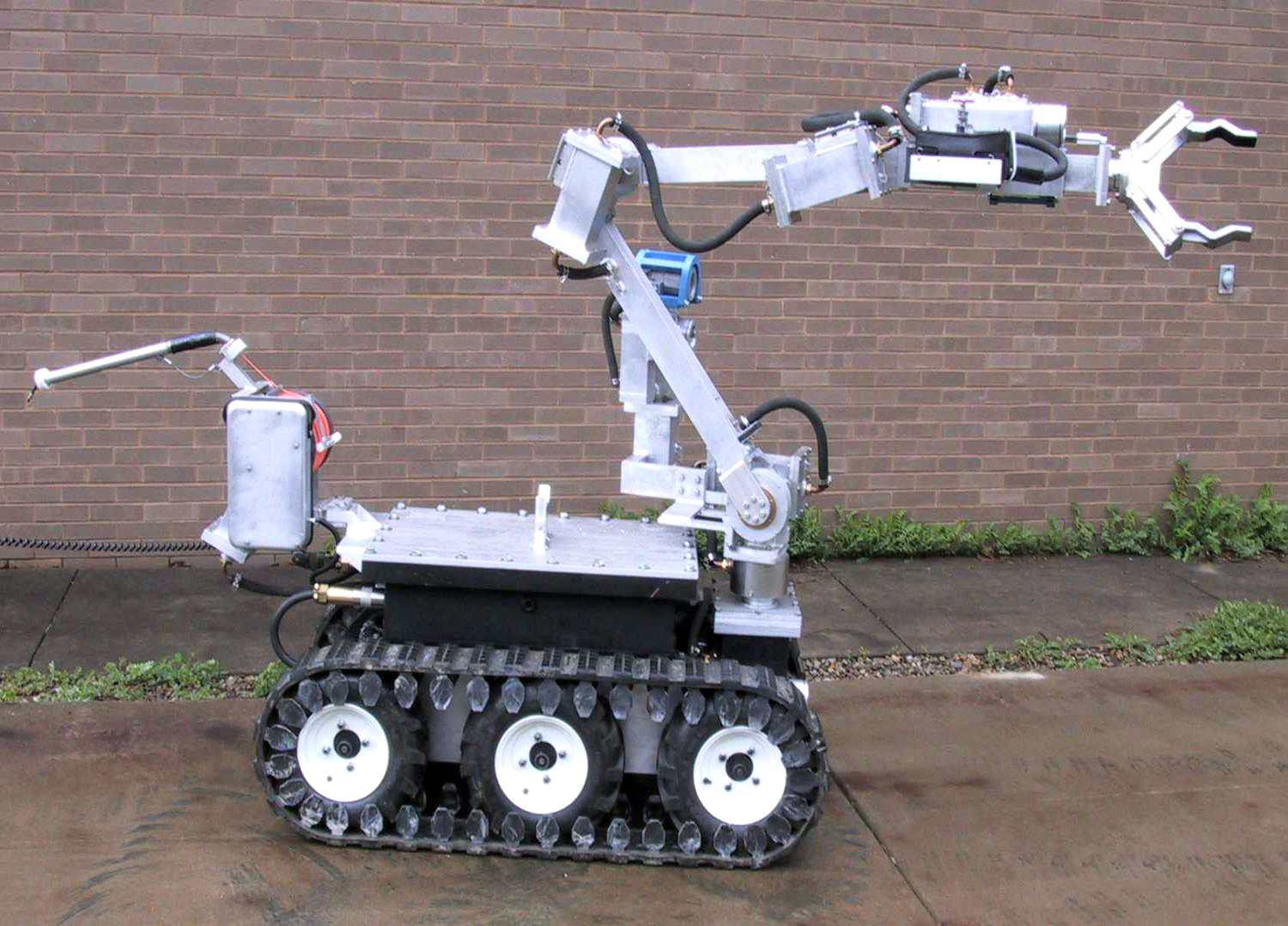 A Northop Grumman Remotec Andros, a bomb-disposal robot similar to the one reportedly used by police to end the Dallas standoff.

“In An Apparent First, Police Used A Robot To Kill.”  So proclaimed a Friday headline on NPR’s website, referring to the method Dallas police used to end the standoff with Micah Xavier Johnson, the Army veteran who shot 12 police officers and killed five of them on Thursday night.  Johnson had holed himself up in a garage after his attack and told police negotiators that he would kill more officers in the final standoff.  As Dallas Police Chief David Brown said at a news conference on Friday morning, “[w]e saw no other option but to use our bomb robot and place a device on its extension for it to detonate where the subject was.  Other options would have exposed our officers to grave danger.”

The media’s coverage of this incident generally has glossed over the nature of the “robot” that delivered the lethal bomb.  The robot was not an autonomous weapon system that operated free of human control, which is what most people picture when they hear the term “killer robot.”  Rather, it was a remote-controlled bomb disposal robot (that was sent, ironically, to deliver and detonate a bomb rather than to remove or defuse one).  Such a robot operates in more or less the same manner as the unmanned aerial vehicles or “drones” that have seen increasing military and civilian use in recent years.  As with drones, there is a human somewhere who controls every significant aspect of the robot’s movements.

Legally, I don’t think the use of such a remote-controlled device to deliver lethal force presents any special challenges.  Because a human is continuously in control of the robot–albeit from a remote location–the lines of legal liability are no different than if the robot’s human operator had walked over and placed the bomb himself.  I don’t think that entering the command that detonates a robot-delivered bomb is any different from a legal standpoint than a sniper pulling the trigger on his rifle.  The accountability problems that arise with autonomous weapons simply are not present when lethal force is delivered by a remote-controlled device.

END_OF_DOCUMENT_TOKEN_TO_BE_REPLACED

In my series of posts on NHTSA and autonomous vehicles, I mentioned that I had not been able to find a video of the first NHTSA public hearing on the subject.  Fortunately, reader James Niles pointed me to the unlisted YouTube video of the hearing, which was held on April 8, 2016 in Washington, D.C.

You can read more about what happened at the hearings here.

The first casualty of vehicle automation

Without a doubt, the biggest thing in the news this week from a Law and AI perspective is that a Tesla Model S driver was killed while the vehicle had Tesla’s “Autopilot” feature activated. This is the first–or at least the first widely reported–fatality caused by a vehicle that, for all practical purposes, had an AI driver in control of the vehicle. The big question seems to be whether the deceased driver misused the Autopilot feature when he gave it unfettered control over the vehicle.

First rolled out by Tesla last year, Autopilot is probably the most advanced suite of self-driving technologies to date among automobiles available to consumers.  Autopilot was made available to drivers while it was still in its real-world testing or “beta” phase.  Making products that are in “beta” available to consumers while the kinks are still getting worked out is par for the course in the tech industry.  But in the auto industry?  Not so much.  In that world, it is a ballsy move to make a system that performs safety-critical functions available to drivers on the road while pretty much explicitly admitting that it has not yet been thoroughly tested.